SOMETHING WILL TURN UP 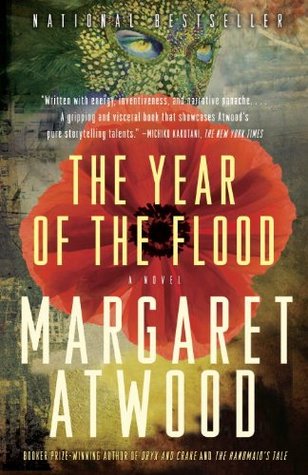 Margaret Atwood has written three books about a dystopian future. The time seems to be around 2050. Atwood does not directly state when the novels take place. She writes in The Year Of the Flood that the action is taking place two centuries after Sojourner Truth worked on the Underground Railway. Assuming that the Underground Railway only existed until – at the latest – 1865, that puts the action of The Year Of the Flood around 2060.  And the Martha Graham School is “an artistic school named after a famous ancient [emphasis mine] dancer”.

Atwood writes about a world where the big corporations rule, the armed forces of the U.S. have been privatized, whatever law enforcement exists is provided by a corporation that provides security to other corporations – CorpSeCorps.  Society has continued to degrade the environment.  Species extinction is rampant.  People routinely have to wear nose masks because the air is so foul, and this is the U.S. (or somewhere in North America.  Atwood is Canadian.), not China.

I fear that we are heading toward the future painted by Atwood.  Our government seems increasingly dysfunctional.  Both major political parties kowtow to the big corporations.  Politicians are unwilling to do anything about climate change for fear of cutting into the bottom lines of big business.  The will of the people seems irrelevant.  Consider gun control.  The last time any type of gun control came up in Congress it seemed benign and was favored by a vast majority of the American public.  But  Congress defeated it.  Why?  Because of the power of the NRA which is increasingly a complete captive of the companies that manufacture guns.

I think Margaret Atwood is very prescient.  I can only hope that she is wrong.

Here are what I found the most interesting lines in The Year Of the Flood.

Still, why didn’t the CorpSeCorps move in openly, blitz their opponents right in plain view, and impose overt totalitarian rule, since they were the only ones with weapons?  [Interesting that big business, not government, removed firearms from the people]  They were even running the army, now that it had been privatized.

. . . they were a private Corporation Security Corps employed by the brand-name Corporations , and those Corporations still wanted to be perceived as honest and trustworthy [puts me in mind of Exxon-Mobile], friendly as daisies, guileless as bunnies.  They couldn’t afford to be viewed by the average consumer as lying, heartless, tyrannical butchers.